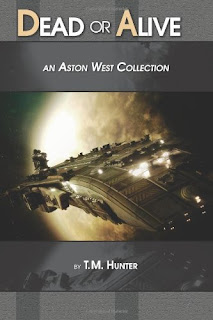 Dead or Alive pulls together 11 exciting space opera tales featuring everyone's favorite space pirate, Aston West. Ride along with Aston as he treks across the galaxy and discover for yourself why he is so often wanted either dead or alive.

T. M. Hunter’s short stories have appeared to critical acclaim in such publications as Ray Gun Revival, Residential Aliens, and Golden Visions Magazine, and have twice received P&E Readers Poll Awards. His three Aston West novels include Heroes Die Young (Burst's Best-Selling Novel of 2008), Friends In Deed and Death Brings Victory. Other titles include his novella Seeker, a sci-fi thriller The Cure, and a number of Aston West Triple-Shots. Learn more about T. M. Hunter and read plenty of free excerpts and short stories at AstonWest.com. 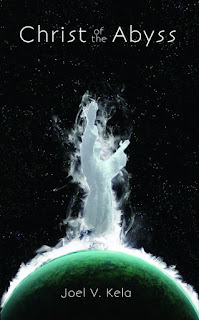 Christ of the Abyss
by Joel V. Kela

Orin and Lianna left Earth for the promise of a new life. Yet on the fabled planet of Constance, their dreams dissolved amidst war and disaster. Now all that remains is to seek the object of their hope and their doom, a massive statue set adrift in the blackness of space. If they can only get there in time...

Joel V. Kela lives in Dallas, Texas, though he calls the Upper Peninsula of Michigan home. He is married to a better woman than he deserves, has four surprising kids, and goes kiteboarding whenever he can. His stories have appeared in a variety of publications, including Stupefying Stories, Big Pulp, and the Deepwood Publishing anthology Ruined Cities. 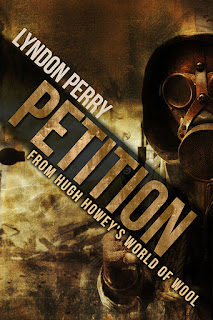 In the post-apocalypse, society continues in underground silos, kept safe from the toxic world above by a simple hatch door and a strict set of rules. For generations, an oligarchy of priests and politicians preserved their standing while the common workers lived in ignorance.

When a young girl starts speaking of heaven as if it were just outside, the rigid caste system begins to crack. Sides are quickly drawn. The only thing preventing a violent upheaval is an old priest's confession and the child's last prayer. But will such simple faith be enough to save them all?

This novella, formerly titled The Last Prayer, is about 30 pages long and is available at Amazon. 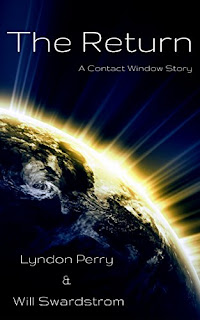 The Return: A Contact Window Story
by Lyndon Perry and Will Swardstrom

Yeitr Prime’s mission is to share their advanced technology with the universe. Thanks to a stable wormhole they call a Contact Window, they visit planet after planet with their Diplomatic Corps. Their first visit to Earth ended in disaster, but Senior Ambassador Defl has a chance to correct his predecessor’s mistakes, and in fact to correct the mistakes of an entire planet.

Will Swardstrom is a speculative fiction author. He has two full length novels, Dead Sleep and Dead Sight, and is at work on the finale in the trilogy. He also has a few stories in the Future Chronicles anthologies and in Hugh Howey's Wool universe. Will lives in Southern Illinois with his wife and two kids.

This novella, in the universe of Will Swardstrom's Contact Window, is about 30 pages long and is available at Amazon.