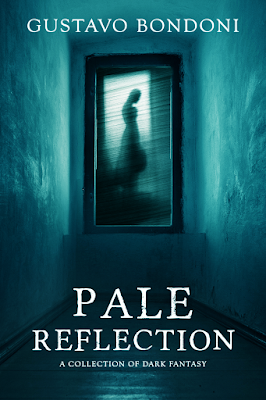 (Currently available only at Amazon and free to Kindle Unlimited readers!)

From the Pacific surf to cold alpine glaciers and from dusty refugee camps to quaint medieval Spanish cities, the darkness within each of us knows no borders. Whether it's ultimately used for good or for evil, we never know until we look it in the face.

This collection of dark fantasy by best selling writer Gustavo Bondoni delves into that darkness and forces us to stare at ourselves in the mirror to see if any trace of it resides within.

Gustavo Bondoni was born in Argentina, which, he believes, makes him one of the few (maybe the only!) Argentinean fiction writers writing primarily in English. He moved to the US at the age of three because his father worked for a multinational company that bounced him around the world every few years. Miami, Zurich, Cincinnati.

Gustavo only made it back to Buenos Aires at the age of twelve, by which time he was not quite an American kid, not quite a European kid, and definitely not Argentinean! His work ranges from science fiction to mainstream stories, passing through sword & sorcery and magic realism along the way, and has been published in fourteen countries and seven languages to date.

Newlyweds Hazel and Elwood Dell drove their new '57 Chevy into the small community of Ichabod, North Carolina, expecting a new life away from prying parents.

They should have just turned around and left.

Instead, they stumbled into a quaint village with some very dark secrets. And before they realized, they'd made a bargain with the devil that would trap them there for the next fifty years.

No one could escape.

It was a place even the residents called Tremble Town. And for the Dells, it became a lifelong nightmare...of ACCIDENTS. 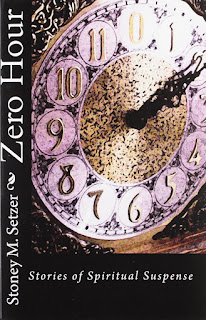 If you have a nostalgic fondness for old episodes of the Twilight Zone, then you'll enjoy Stoney M. Setzer's collection of short fiction. In Zero Hour - Stories of Spiritual Suspense, Setzer combines mystery, thriller, and moral themes into an entertaining and thoughtful volume. Think Mystery Theater with a spiritual twist!

Stoney M. Setzer lives outside of Atlanta, GA, with his beautiful wife and three wonderful children. Setzer strives to create suspenseful stories with Christian themes. His works have been featured in Residential Aliens, Christian Sci-Fi Journal, Fear and Trembling Magazine, as well as a number of anthologies. He is employed as a middle school special education teacher.