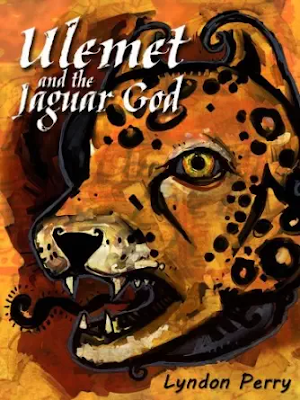 Ulemet and the Jaguar God
A mesoamerican fantasy by Lyndon Perry

Deformed and misshapen at birth, Ulemet is ugly in a way that attracts second looks, but seldom pity. Cursed by her Olmec village elders and taunted by her people, she flees into the rainforest never to return.

Rejected and alone, the young girl's only solace is her small jade carving of Uaxaca, the jaguar animal spirit she wagers will guard her as she makes her way to Tenochtitlán, the golden city of hope.

Escaping danger after danger only to be captured by slavers, Ulemet is forced to play in the ulama, the sacrificial ball game that could result in her freedom or end in her death.

Will her hopes in Uaxaca prove misplaced, or will the jaguar god, who's visited her dreams as a mysterious shaman, finally prove true?

"Lyndon Perry delves into an ancient culture and discovers a courageous new heroine. Ulemet's journey is a heart-wrenching demonstration of the power of hope and endurance in the face of overwhelming adversity." - Fred Warren, author of The Muse and The Seer

This novella of about 40 pages is a mesoamerican fantasy and set about 1000 BC in what is now the Yucatan Peninsula of Mexico.

Available:
In paperback and ebook from Amazon.
As an audio book from Audible or from iTunes. 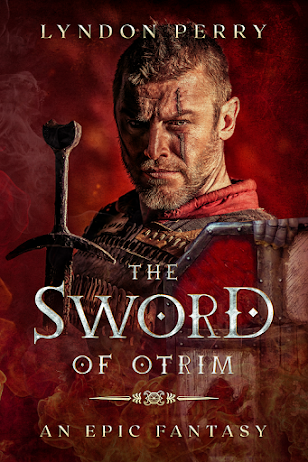 Fighting the barbarian hordes for Queen Philipa of Idessa, Otrim—a fierce yet contemplative warrior— hadn’t considered that his true enemy might be closer than he suspects. Completing the campaign against the Korreti infidels and returning home victorious is his ultimate goal. When he is challenged on the battlefield, the bronzed warrior must quickly determine where his ultimate loyalty lies.
The Sword of Otrim is an epic fantasy in five episodes. With every tale, the story unfolds until Otrim, at last, points his warhorse home. Will he stand before the Queen he serves a hero or rogue? And what of the fate of his three closest friends? Will those who live by the sword, die by it as well?

The Sword of Otrim is an epic fantasy novel that taps the spirit of battle and intrigue reminiscent of classic sword and sorcery, but with a spiritual foundation. (Think: Conan the Believer!) Structured as a serial novel, it is comprised of five short novellas.
Available at Amazon.